BEST MEMORIES OF CSE AT UB

Our department is one of the first in the nation to offer the Computer Science program. CSE@UB is home to all CS and CE (as a part of the previous ECE) faculty, students and alumni. We are very proud of our heritage and that we have grown into the largest department within the School of Engineering and Applied Sciences. We are equally proud of our alumni and their high achievements over the years, and our many talented students who embody the hope of tomorrow. Our anniversary celebration offers many opportunities to socialize and network with students, faculty and alumni, including a Golf Outing, Graduate Research Conference, and Alumni Symposium. Join us as we celebrate our 50th Anniversary!

For those who have grants that cover travel costs, we have created a special event, the 'Emerging Topics in Computing Symposium', which will be held concurrently on September 28th - October 1st and shares sessions with the 50th Anniversary Graduate Research Conference and Alumni Symposium.

Keynote speakers for Friday and Saturday have been announced. 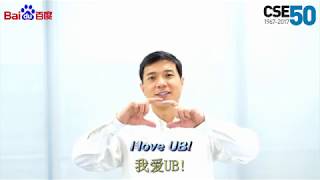 Robin Li, founder and CEO of Baidu, talks about his time as a CS student at the University at Buffalo.

Watch the video on Baidu

Registration for the CSE50 Anniversary Celebration is now open! 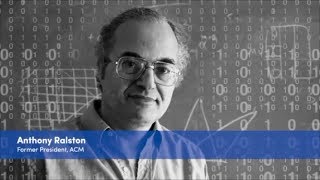 CSE50: The Department of Computer Science and Engineering celebrates 50 years!

Watch the video on YouKu

'Stronger CSE @ UB, Better You and Me'
Lyrics by Prof. Chunming Qiao, Music by Preet Desai